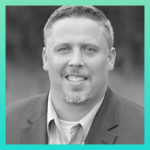 Heath Renfrow, the CISO and Managing Director of Disaster Recovery Services at Conversant Group, is widely regarded as one of the world‚Äôs leading cyber security experts. He has more than two decades of experience as a high-level information security specialist, much of it as a chief information security officer (CISO) in the United States Department of Defense, where he addressed some of the nation‚Äôs most significant cyber challenges. In 2017 he was named Global CISO of the Year by EC-Council, the largest cyber- training organization in the world.

Heath joined Conversant Group in October 2020 from The Crypsis Group (Acquired by Palo Alto Networks), a cyber security incident response firm, where as a CISO he served as the CISO and executive incident response commander guiding clients through the cyber event, and development and maturation of their cybersecurity programs. In 2020 alone, he was involved with 1300+ cyber incidents, spanning Fortune 10 to small business operators.

Prior to that he was CISO at the U.S. Army Corps of Engineers, where he established the Corps‚Äô first comprehensive cybersecurity program, providing critical infrastructure to support hundreds of locations throughout the United States. While there, he led a team of more than 500 IT and operational technology personnel in an overhaul of security architecture that ended up reducing cybersecurity risk by 75 percent to the critical infrastructure locations.

A frequent public speaker on cyber security matters, Heath serves on several boards, including the National CyberWatch Center Foundation, the Association for Executives in Healthcare Information Security, the University of Indiana Cyber Advisory Council, and the Cyber Patriot Program Advisory Council. He earned his master‚Äôs degree in cyber studies at the American Public University System and is bachelor‚Äôs in information technology from the University of Management and Technology.

Abstract: Learn From others Mistakes: Notes from the frontlines of incident response and disaster recovery

The topic of cyber attacks from nation state to cyber criminals is all over the news. 2021 has already seen more ransomware attacks than 2020. This talk will discuss highlights of 1300+ incident and disaster response efforts, lessons learned and steps organizations can take to reduce cyber threats.

Register for this Talk 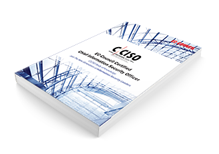